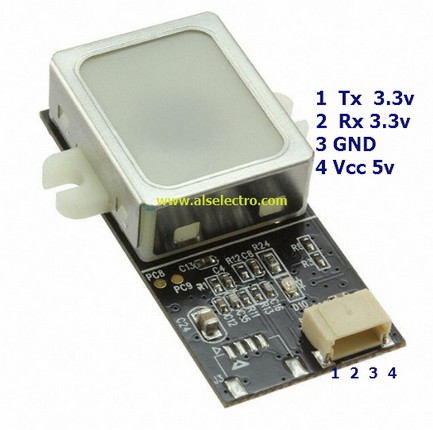 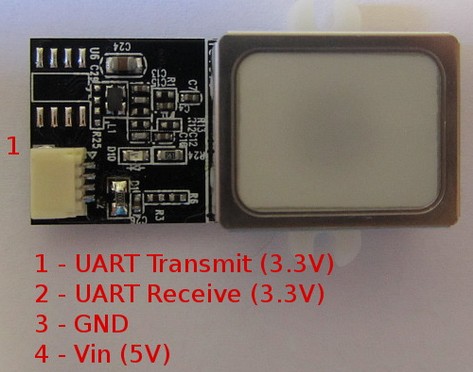 To get started, just register each fingerprint that you want to store by sending the corresponding command and pressing your finger against the reader three times.
The fingerprint scanner can store different fingerprints and the database of prints can even be downloaded from the unit and distributed to other modules.
As well as the fingerprint “template,” the analyzed version of the print, you can also retrieve the image of a fingerprint and even pull raw images from the optical sensor!

This is the more economical version of the GT-511 which has a decreased memory capacity (compared to the GT-511C3). The module can only store up to 20 different fingerprints but is capable of 360° fingerprint recognition and download and upload templates using serial interface